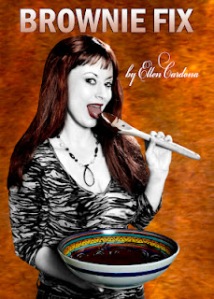 Chocolate. Love. Sex. Really, what else could a woman want in life? For Persey, the heroine of Brownie Fix, her days are fun-filled until what is normally one of life’s most fulfilling experiences, the birth of her son, leads her straight into a dark state of postpartum depression. Wandering in her own postpartum hell, Persey meets people that are absurd, like the swinging neighbors who want a little more than a cup of sugar and a group of mothers who become whipped up in worship to a climactic furor. On top of the madness, she keeps seeing a yellow-toothed old man who acts like he wants to breastfeed from her. Or is it her imagination? Add the voices in her head that become louder and louder, and it’s little wonder that Persey reaches for brownie mix to soothe her insanity. Buckling under the pressure and lack of sleep from motherhood, Persey experiences the five stages of grief that lead her to uncover a buried secret, and gradually she begins to heal with the help of her family, friends, and, of course, brownies.

It happens all the time, I’ll see a preview for a movie and think, “That’s going to be so funny. I can’t wait to see it.” Once I get to the theater, I discover that the funniest parts are in the trailer. Though the movie is enjoyable and has merits all its own, it isn’t the comedy I was led to believe. Such is my experience with Brownie Fix.

I consider myself to have a very well developed sense of humor. But the ‘dark humor’ that is promised in this book was lost on me. When I read the blurb, I thought I was in for a funny little romp, a struggle for sanity in a most humorous manner. But I guess to say that any struggle for sanity can be funny is a joke in itself.

Midway through the novel, I had to wipe the lighthearted (though a strange) cover from my mind and concentrate on what was truly on the page—a women desperately swimming in a swirling pool of hormones, denial, and depression.

Another setback is the crazy people who keep turning up in Persey’s life. I find it hard to believe that anyone could encounter that many fruit loops in such a short period of time. Add to this the presence of the old man who says horribly inappropriate things to her and most probably doesn’t exist, I have to wonder if she encounters the swinging neighbors and the thrashing holy rollers at all. Maybe they are just part of her brain trying to save her before it’s too late.

Yet once I changed my thought process about the book and I stopped trying to find the humor where there was none, I enjoyed the book. Persey is likeable and believable even if most of the people she encounters aren’t. Her husband is a good man, a fine dad, and genuinely loves her. Her mother is a little eccentric, but still someone you’d expect to meet. And her mother in law? Well, she is the mother in law, after all.

As much as I wanted the comedy I thought I was about to read, there is a good, solid story trapped beneath the layers of Persey’s weird, psycho world. All in all, I enjoyed Brownie Fix. I only wish that I didn’t feel as if I had been misled from the start. 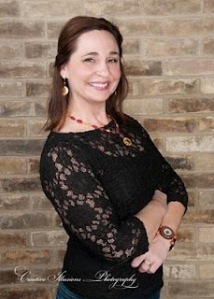 Ellen Cardona wrote Brownie Fix to help deal with the postpartum depression she experienced after one of her pregnancies. Through her writing, she found that postpartum depression was real but conquerable, especially when one has the help of some dark chocolate and even darker humor.
When Ellen is not writing, she teaches literature to college freshmen and attempts to help them understand the writing process, though they think she’s crazy because of her love for literature and writing.
Ellen graduated from the University of Texas at Dallas with a PhD in Humanities with a specialization in Literature. Even though she has published several academic works on Ezra Pound, she could not ignore her true passion as a fiction writer.
Ellen lives in Richardson, Texas and continues to learn daily from her husband and two children. In good times and bad, she still enjoys her brownies.
~*~*~*~ Connect with Ellen ~*~*~*~
Website (AND TO DOWNLOAD THE FIRST CHAPTER FREE!): http://www.ellencardona.com
Facebook: http://www.facebook.com/EllenCardona
Twitter: http://twitter.com/#!/ellencardona <http://twitter.com/#%21/ellencardona>  <http://twitter.com/#%21/ellencardona>
Blog: http://ellencardona.com/blog/

A big special “thanks” to Ellen for allowing me to be a part of her tour. And thanks to everyone who stopped by. Leave a comment on Ellen’s tour page (link above) to be entered to win a $10 Amazon gift card! Anyone who purchases their copy of Brownie Fix before July 30 and sends their receipt to Samantha (at) ChickLitPlus (dot) com, will get five bonus entries. Whoop! Be sure to take advantage of this!
Lots of <3–Amie

2 thoughts on “Brownie Fix by Ellen Cardona ~ A review”